Get to Know: Bethany Murray

Get to Know: Bethany Murray

1. Favorite Trail: There is no way that this can be answered, as I live in a state that has far too many incredible trails to choose from. I guess it really just depends on my mood and what I want to see.

2. Favorite Race: I’d have to say Black Canyon 100k simply because of the vibe & community. Aravaipa not only puts on great races, but the camaraderie that exists at each one of their events is like none other. Course marking and aid stations were excellent as always. It was definitely one of my more enjoyable and shenanigan-filled races. More often than not, it’s the people that make the race; not the race that makes the race. This applies to all aspects of life really.

3. Favorite Running Fuel: BACON… I typically do not eat on runs under 20 miles, since I’m Ketogenic (high fat, low carb/sugar). In a nutshell, my body is adapted to burning fat as a primary fuel source. The science behind Ketogenic living is pretty incredible really. So, before a long run, I’ll typically have a coffee with a splash of MCT oil (Note: DO NOT overdo this part…your stomach and your ass will be pissed) and ghee butter, have nothing during the run, then maybe enjoy some bacon afterwards and I’m good until dinner. It’s nice not having to tote around a bunch of gels & bars now too. Not to mention… I don’t think anyone would miss the post-race nights of spray painting the toilet bowl because you thought eating 20 gels, 10 bonk breaker bars and a butt-load (pun intended) of other processed crap was a good idea…

4. Favorite Beer: I haven’t drank in almost 7 years and I love how I feel. I’m naturally intoxicated anyway ;D

7. Bucket List Race: Since Western States, Hardrock and UTMB are the obvious givens for most ultra runners (myself included), I am going to have to go with OURAY 100. My good friend, Charles Johnston, who’s not only a fantastic guy and RD, created this beautifully rugged course that isn’t for the faint of heart. With only a handful of finishers, this is a race I intend to conquer sooner than later; especially since I’m really trying to up my climbing game. To give you an idea… the 100-mile course consists of over 40k’ of gain, has a 52 hour cut-off AND you are provided with a Spot Tracker to wear at all times, due to the remoteness of it. In fact, the race website offers tips on how to protect yourself from: mountain lions, bears, moose, horny aggressive bull elk and lightning strike. If that doesn’t make your butt pucker just a little bit, then I don’t know what to tell ya…

9. How many miles per week do you run: I just came back from injury a few months ago, so I’m slowly easing back into things, but I’d say my volume is probably around 30-40 miles a week? I’ve returned with a greater focus on strengthening my weaknesses/imbalances, as well as working on my form and overall efficiency as a runner, so mileage isn’t as important to me right now.

11. You know you’re a Dirtbag when: You’re ok with marinating in your own filth (especially after a long run) and don’t see the urgency in needing to change your clothes and/or shower. Also, if you find yourself often forgetting that you’re not supposed to just freely pee wherever you feel like peeing at any given time that you feel the need to pee…

12. Favorite type of Dirtbag home: A cozy place tucked away in the mountains (which actually, my boyfriend and I have started the process of shopping for said mountain home – all Dirtbags welcome upon us finding our dream home & closing on it! Hopefully, within the next year or two!). Otherwise, I’d say a tent in the middle of nowhere, tucked away in the mountains. I like me some of that Nature Rx.

13. Famous runner crush: Hmmm, I’m not really a fan girl. I guess maybe Timmy Olson, b/c he’s a badass, seems super nice + down-to-earth and I’d like to braid his hair.

15. When was your last shower: I usually cap it at two days due to the fact that I have a big girl job, that requires big girl hygiene…the struggle is real.

16. What is your crosstraining activity of choice: Mountain biking, hiking/camping & anything backcountry (especially backcountry splitboarding in the winter). Basically anything outdoors, off-road and adrenaline-pumping is my jam.

17. Piece of gear you can’t live without: Not technically a piece of gear, but I’d say my Dirtbag Dog, Peanut (aka Mr Peanut, The Nut, Nutbag). He goes with me everywhere and is pretty much the coolest guy you’ll ever meet.

18. What is a quirky habit you have while running: My friends call it the “power up” move… Miguel Moreno can explain it better, as he was witness to it while pacing me at Black Canyon 100k, but apparently I stretch my arms outward (Tip: watch for cacti when doing this), do a couple butt-kicks and then take off like a bat out of hell. Yeah, I’m weird… and I love it.

20. Ask yourself a question or two:

If you were feelin’ like a pimp, would you go and brush your shoulders off? Absolutely… 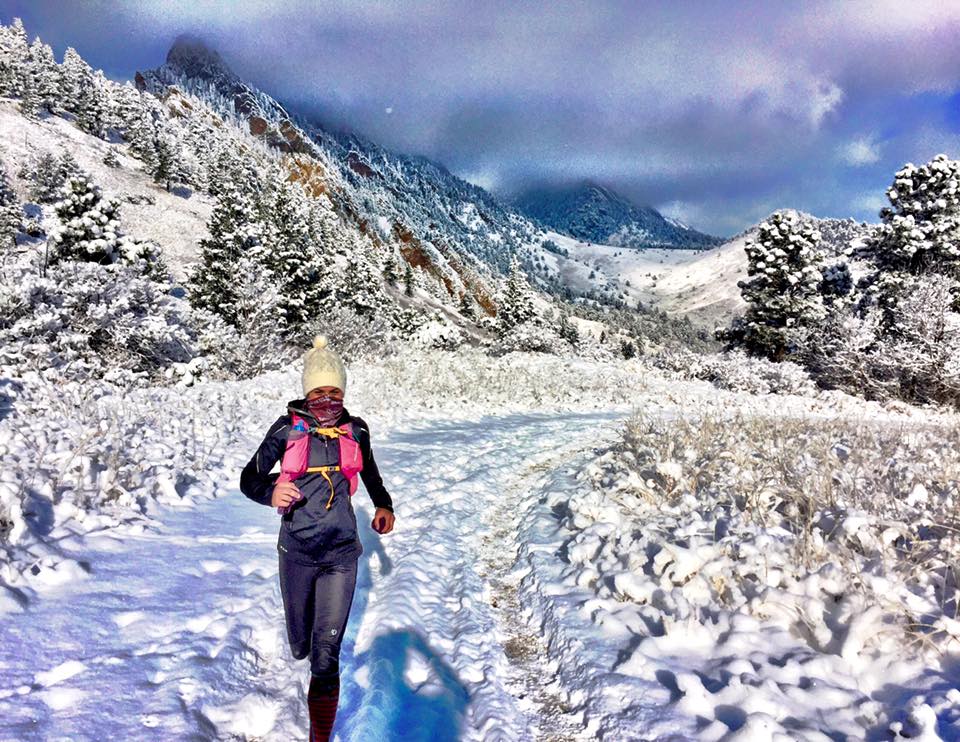 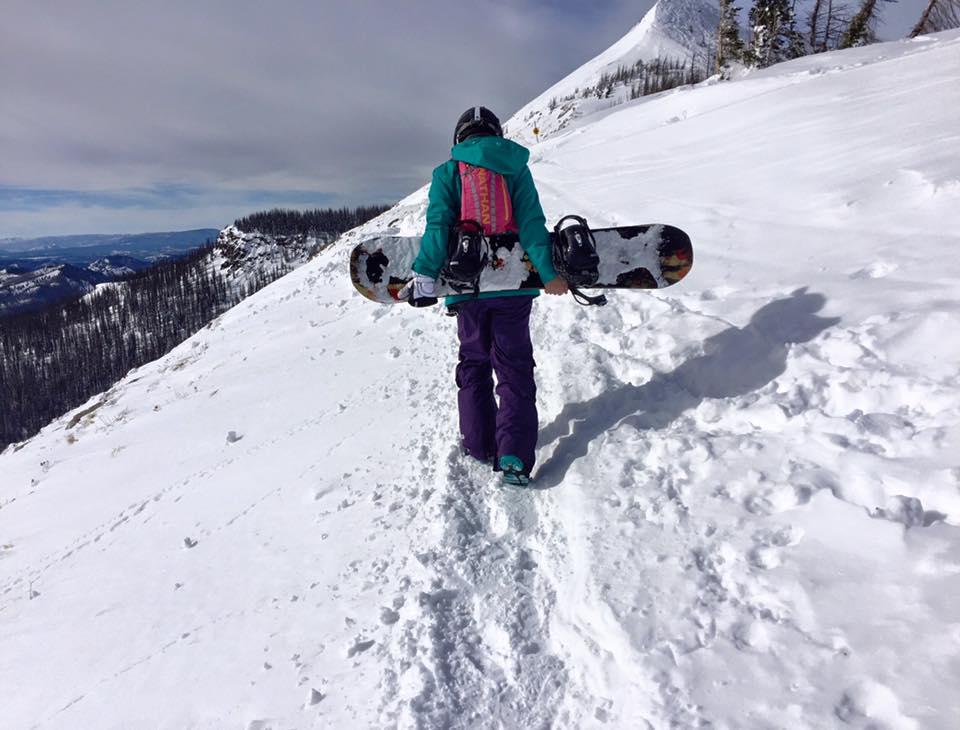 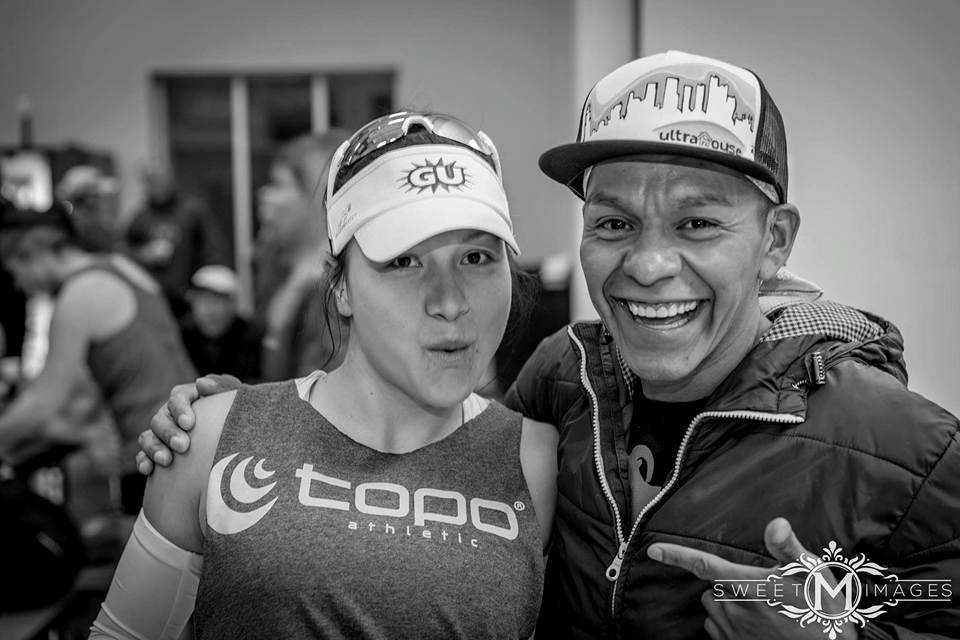 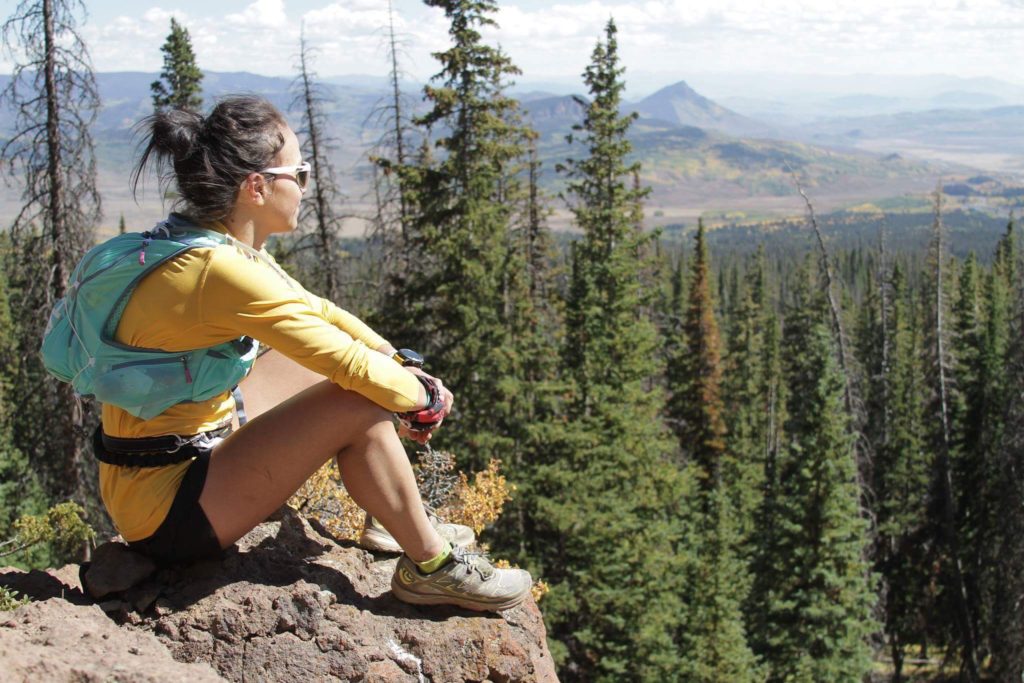 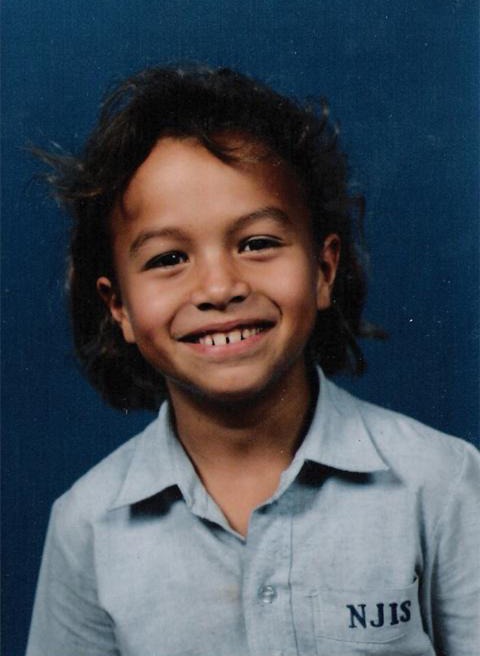 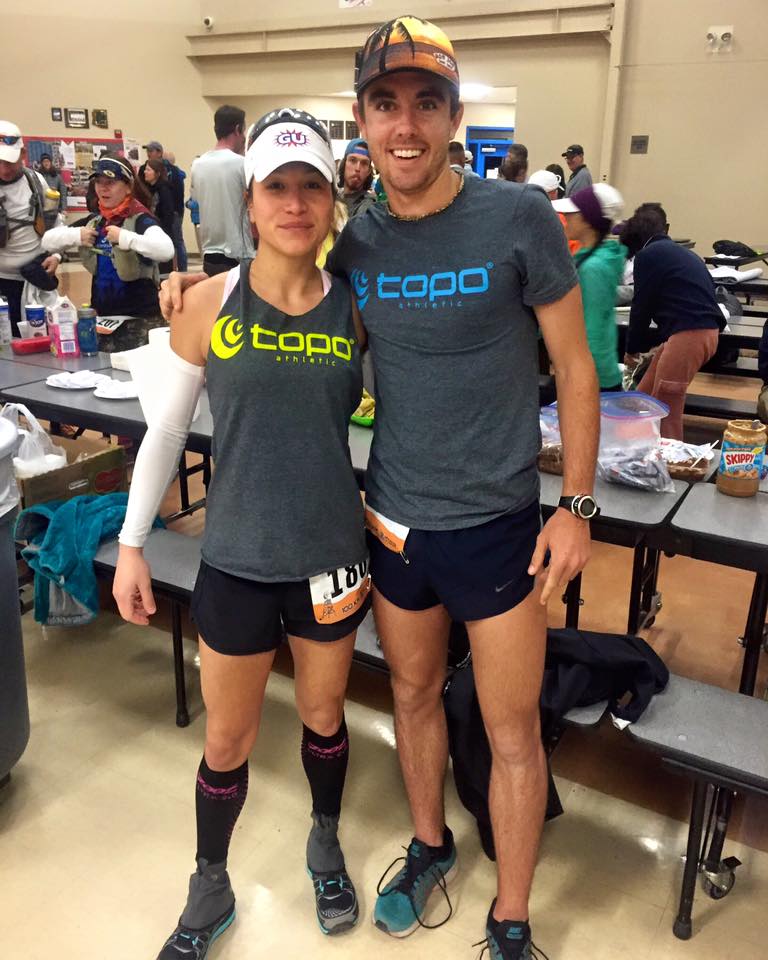 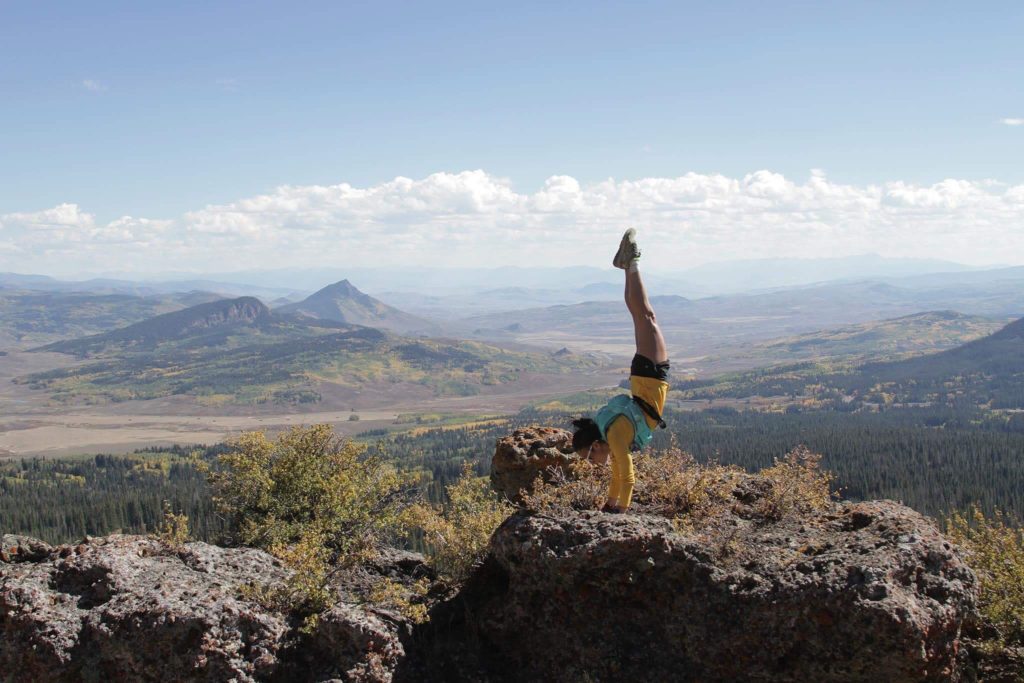