The Evolution of the Dirtbag

Home/The Evolution of the Dirtbag
Previous Next

The Evolution of the Dirtbag 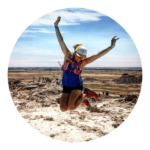 What Exactly is the Definition of a Dirtbag?

While some may consider a Dirtbag none other than their beloved sack of potting soil sitting in the garage, to a select group of diehards, the definition of a Dirtbag encompasses so much more. A Dirtbag is not just a definition, but an identity worn by those who chose to forgo societal norms to pursue a passion to its complete extents. To fully grasp the entirety of this topic, we must first jump in to a bit of history.

Where It All Began

Dirtbagging has been around for centuries. Back in the days of the ancient Incas, runners camped in the dense Amazon forest, passing off hand delivered messages across jungles to neighboring cities. The infamous Tarahumara, or running people, dwell deep in the copper canyons of Mexico, where they hold frequent long distance running competitions. Their main mode of transportation? You guessed it. Their feet.

In more modern times, Dirtbagging took the shape of climbers hiding out in national parks to pursue their personal goals. More recently, diehards have taken to camping in tents, trucks, cars and hammocks to stay closer to the trails and wilderness they love.

Mankind has forever been drawn to the idea of being one with nature. But Dirtbagging takes this love to another level. Dirtbagging isn’t just about spending a weekend away from home at some cushy campsite, it’s a commitment to a way of life.

Dirtbagging isn’t about having a huge, scraggly beard or skipping showers on the regular. It’s about pursuing a passion above all else. The passion to run. The passion to climb. The passion to complete a through hike from the edge of Alaska to the ends of South America.

These trademarks which we see our favorite, self-proclaimed Dirtbags boasting aren’t some sort of fashion statement, they are simply a sign that personal hygiene and good grooming take a backseat to squeezing in a few extra miles each day.

While neon colors and trucker hats may present themselves as common stereotypes, these items too are just another method of function. What better way to slick back unkempt hair than with a trucker hat? A buff doubles as a way to warm the cold mountain air and wipe off sweat on the hard descent. The neon colors offer a better way to stick out during the dangerous hunting season.

DIRT. SWEAT. GRIT. 🙌🏼🙌🏼🙌🏼 HUGE congrats to our AZ DBR Ambassador @joyfuljessss for crushing her first 50K, getting SECOND place…on her birthday! Let’s all give her a very dirtbag CONGRATS 💃 Who else raced this weekend? Tell us where / when / what you ran & how it went in the comments below! 📝👇🏼 . . . . . . . #dirtbagrunners #trailandultra #ultrarunning #run #trail #runner #trailrun #trailrunner #runners #runhappy #instarunners #instarun #workout #instarunner #photooftheday #runtoinspire #happyrunner #instagood #runitfast #seenonmyrun #time2run #runchat

So What Exactly is a Dirtbag?

A Dirtbag is a slightly neurotic individual so focused on their personal pursuit they can’t be bothered with everyday norms. This behavior isn’t the result of a political statement, so much as it falls into the category of utility. Showering every day requires, well, access to a shower, something which isn’t always easy to come by in the wilderness.

Typical 9 – 5 jobs provide money, but they also prevent said Dirtbags from living near or on the trails they love. Additionally, they take up time, something a Dirtbag would rather be spending running. Apartments are expensive. Cities are crowded and often times, without adequate trails. It’s common to see Dirtbags working only part of the year so they can support their running habit the rest of the time.

Most of all, Dirtbags are dreamers. They are the ones who can find solace logging high mileage solo in the most remote corners of the world. These are the people who have reinvented ‘normal’ to better align with their personal belief system. In their eyes, it is better to live to the fullest and face the rejection of society rather than compromise their quality of life.

It’s always easy to tell a Dirtbag when you see one. They’ll likely be covered in awkward tan lines, have dirty fingernails, split ends and a megawatt smile across their face.

Are you a Dirtbag? Do you dabble in the lifestyle? Share your thoughts in the comments below, we’d love to hear them!